Note: This is part two in a three part series on reasons to memorize Scripture all drawn from Revelation 14. For more information, check out our Crash Course. Better still, sign up for our life-changing Breakout Memory Challenge. 30+ verses in 30 days. Enrollment opens soon... 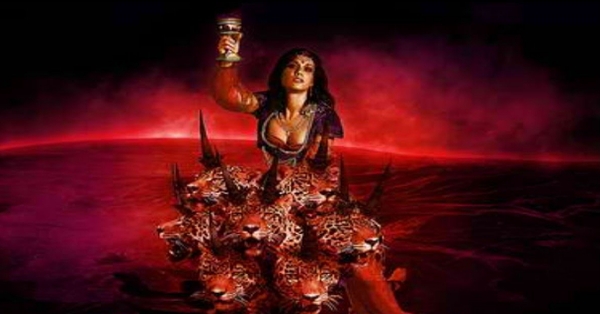 Revelation 14:8
And there followed another angel, saying, Babylon is fallen, is fallen, that great city, because she made all nations drink of the wine of the wrath of her fornication.

Five hundred years ago, this month, a lowly monk named Martin Luther took steps to reverse that process. Basically, he posted a treatise on the doors of Wittenburg Chapel pointing out various faulty teachings of the established church. And Europe soon convulsed into religious conflict. Groups began to splinter, and then fragmented again and again, even further. Each group headed out in pursuit of some new truth, or some new error--until we've reached the point today where there are more than 30,000 Christian denominations in the world. And each has its own distinct interpretation of the Bible! To use Paul's words, "every wind of doctrine" is blowing.

Here's how one writer describes our day:

The last great delusion is soon to open before us. Antichrist is to perform his marvelous works in our sight. So closely will the counterfeit resemble the true that it will be impossible to distinguish between them except by the Holy Scriptures . . . None but those who have fortified the mind with the truths of the Bible will stand through the last great conflict. (Great Controversy p. 593)

The second angel is not just a call to interpret some prophetic symbol, or even to expose its identity to the world. That is certainly a part of it. But more, it is a call to get serious about fortifying our minds with the truths of the Bible. To have such a thorough understanding of Scripture we will be able to escape those deceptions soon to take the whole world captive. And perhaps to others escape them as well.

To be prepared for the deceptions soon to break upon the world, we should make a serious effort to begin memorizing Scripture, now.

How important is truth? Are you growing in your theological understanding of the Bible? And in your ability to share it? Have you made that commitment to fortify your mind with Scripture?