This is the third and last post on lessons gleaned from my time in Brazil. This lesson looks at the role of soccer in shaping the leadership style of the church in Brazil!

In Brazil, soccer is pretty big. And while I'm not a big sports person, I think the "soccer phenomenon" has actually had a rather positive impact on the church. Here's what I mean by that.

One of the venues I spoke at was a pastors' retreat near Florianopolis. There, I was surprised to see the entire group of nearly 50 pastors divided into 5 soccer teams--each with their own colors and uniform. And every spare minute was spent playing soccer in a giant tournament between those teams, with official referees and all. 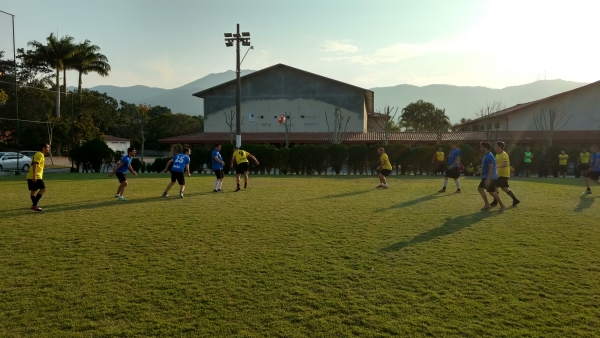 I have never seen anything quite like this at any other pastors' retreat I have attended. Yet it is my understanding that these soccer tournaments were a regular part of pastoral life there.


At first, I didn't think too much about these games--other than that it was an interesting facet of life in Brazil. But then I listened to the conference president give one of the closing presentations at the retreat.

In his presentation, he shared detailed analysis of all sorts of numeric trends in the conference. And the performance of each region was compared with each other, and with prior year performance as well. It offered an amazingly detailed overview of exactly what was happening throughout the conference. 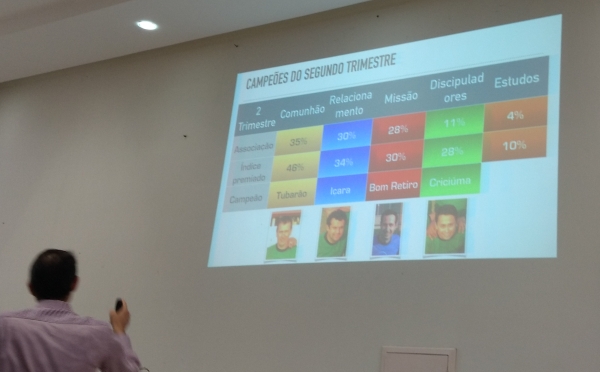 The data came from SS reports. Teachers did a quick survey at the beginning of each class with detailed questions on prayer, Bible study, family worship, tithe and offerings, small groups, personal Bible studies, and more. These records were then sent to the conference and carefully tabulated and analyzed. In addition, data on baptisms, attendance, revenues, retention, and other statistics were included. This was the information being shown on the screen.

It many ways, it reminded me of the sports commentators I used to listen to as a kid, giving play by play updates combined with all sorts of statistical analysis about each athlete. Coaches use the same kind of information to try and find ways to tweak the performance of each individual on their team. And no doubt winning teams, in virtually any sport, analyze piles of data to continually refine and improve their game.

In the context of this pastors' retreat, it felt as if the conference officials were true coaches, working hard to lead a team of pastors on to greater victory.

The conference cast a clear vision of where they wanted to see their churches go, and then used some algorithm to generate a single score from all the data collected in the weekly SS reports to evaluate the progress of each pastor. Those who achieved the highest scores received a small gift and special recognition.

It was all done in a highly positive way. Everyone gave an enthusiastic cheer to those who had the best scores, and no one was singled out for poor performance. It was more as if the pastors were all on the same team, and the entire group was celebrating the successes of those who had done especially well the preceding quarter.

There are a lot of lessons about leadership to be learned from how the church operates in Brazil. Careful tracking of key metrics. Good statistical analysis. Clear goals and priorities. Constant encouragement to improve in specific areas. Accountability. The acknowledgement of success. And of course, teamwork--combined with supportive coaching. It all led to a pastoral team that was united, engaged, and victorious.

I'm not sure this leadership style came from soccer, but I do believe it is part of the secret to the great success of these pastors in reaching the people of Brazil for Christ!

How important is it to have clear goals, accurate data, and constant improvement in our churches? How important is teamwork, and true coaching? Share your thoughts in the comments below.