This month, we're doing a special focus on science and religion, and I have what I think are going to be several interesting articles planned and a brand new live class hopefully coming out later this month. To kick off the month, I've pulled this fascinating article from the archives. Enjoy! 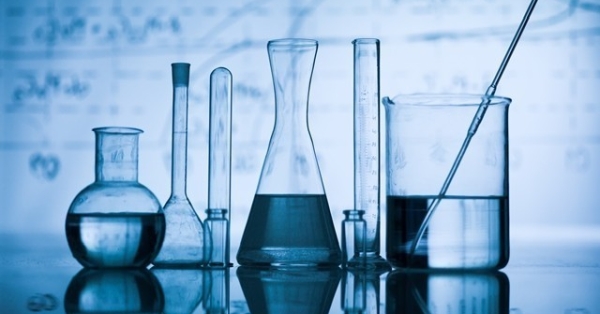 This weekend I had an opportunity to preach in one of the area churches near where I live and I decided to talk about a topic that has interested me for years. You see, when I was in graduate school I did a fair bit of research into the history of science--in fact, at one point I had decided to get my PhD in this somewhat specialized field. What drew me was the fascinating interplay between science and society, and how that impacted Christianity.

It wasn't just those theories that seem to directly contradict the Bible, like evolution. That has been debunked by believers for decades, and is increasingly coming under attack by non-believers as an indefensible hypothesis. More on that another time.

What caught my attention instead, was how scientific theories tended to shape culture in ways that were completely unwarranted: that were neither logical nor scientific. Few seemed to notice the pattern, and yet thousands, millions actually, have been drawn away from the Gospel over the centuries by these subtle influences.

So I decided to expose them. In my sermon, I gave four examples:

Isaac Newton was a 17th century mathematician and physicist who developed a remarkably simple formula to describe gravity that was able to successfully account for a wide range of astronomical and terrestrial phenomenon. His book, the Principia Mathematica was such a masterpiece, many historians consider it the starting point of modern science.

But it had an unintended consequence, Newton never expected. It led to a kind of hyper rationalism in his day, that led many to conclude science could solve all the problems of humanity. The entire universe was perceived as mathematical--like a giant complex clock, constructed by a master clockmaker. It led to a period known today as the Enlightenment. And the effort to solve all problems through human reason became know as social humanism.

The problem is, not everything can be reduced to mathematics, and not every problem can be solved by science. Technology is powerful indeed, but it certainly hasn't solved all our problems today. There is still poverty, addiction, depression, injustice and more.

The point is, taking what Newton did with gravity and superimposing it upon society at large, didn't really work. Mathematics may describe gravity exceptionally well, but that's hardly a guarantee every problem can be boiled down to numbers.

The 1800's was marked by another massively impactful scientific theory. A young biologist by the name of Charles Darwin speculated that the various species we know today came into existence through a process he called evolution. The inevitable survival of the fittest would cause certain traits in the gene pool to be passed down to the next generation. And over time, this process would result in entirely new features. Or so his theory went.

We know today, this theory is not supported by the basic laws of genetics. Each organism inherits a mixture of traits from their parents, and over time some traits can become more prominent. But no new traits are introduced. It's like drawing a hand from a deck of cards. You can draw a different hand each time, but you will never draw a card that's not already in the deck.

Regardless, what was primarily a biological theory soon had a huge impact on society. Social Darwinism was the belief the marketplace should be allowed to interact with no interference, allowing the survival of the fittest to rise to prosperity, and allowing the rest to die out. It promoted an unfettered capitalism.

It was a powerful driver for the industrial revolution, but it encouraged a harsh cut-throat economic jungle that resulted in dark times for the common worker. It left little room for compassion, altruism, or social services. And it took a major economic depression to correct some of those excesses.

Again, the point that strikes me is how a theory about biology came to influence views on economics, though logically there is little connection between the two disciplines. It was an irrational but powerful influence. Somehow science bled over into culture.

Perhaps the most influential scientist of the next century was Albert Einstein. He developed what has come to be known as the theory of relativity. It largely consisted of some innovative ideas about how light works in our universe.

Some of the implications were that the speed at which an object moves is not absolute, but relative to the speed and position of the viewer. Time and space were no longer fixed but expanded and shrunk based on various factors like speed and mass. There was no absolute framework for measurement. Everything was dependent on perspective.

While Einstein was only attempting to explain various physical phenomenon, it wasn't long before his ideas percolated over into culture once again. This time, in the area of morality and ethics. The idea of an absolute right and wrong became replaced with the belief everything was situational, dependent on circumstances and perspective. And it led to decades of massive social upheaval.

Absolute truth was replaced with moral relativism, the idea right and wrong hinged on personal perspective and opinion only. Few questioned whether a physics theory about the speed of light should have the impact on ethics it did. The connection was illogical. But once again, the science strangely and imperceptibly permeated the thinking of multitudes.

If I were to identify the scientific theory that seems to be shaping our day, I'd have to go with the collective work of Neils Bohr and various other scientists who laid the foundation for modern quantum physics.

Quantum mechanics is the body of scientific laws that describe the wacky behavior of photons, electrons and the other particles that make up the universe.


Here are a couple examples to show how wacky it can be. Quantum entanglement is the strange phenomenon where two particles become linked in some way, so that any change in one particle results in an instantaneous change in the other--even if they are separated by vast distances. Yet no one can really explain just how they are connected.

Another strange phenomenon is called superposition, where particles can be shown to have two opposite states at the same time (top and down, positive and negative, clockwise and counterclockwise), and they only "collapse" down to one state or the other when observed. Again, no one quite knows what is happening.

Strange as they are, these points have been verified in countless experiments, and they are leading to all kinds of major technological developments in communication, cryptography, and computing to name just a few areas.

In many ways, this parallels what is happening in the world of politics today. We're seeing an endless barrage of strange, almost wacky headlines. Well established rules of civil discourse are breaking down. Our world is strangely entangled such that events in every distant corner of the globe instantly shows up in our newsfeed. Political parties are completely superimposed, having fully separate worldviews, all at the same time, but as soon as a person steps into one worldview or the other, everything collapses down so completely they see nothing but that which reinforces their own perspective.

The parallels between contemporary politics and quantum physics is pretty striking. And it's leading to bizarre headlines, a fully entangled globe, and severely myopic perspectives. The erosion of empathy and understanding, leading to the bitter anger and vitriol we see so all too often today, can be traced back directly to a breakdown in people's grip on reality.

But the connection between quantum physics and politics is no more rational, than the connection between the speed of light and moral relativism, biology and economics, gravity and social humanism. It's just one more example of how important scientific theories shape society. They seep into our thinking without us even realizing it. They affect our thinking subconsciously.

Now the problem is not really the science. Generally speaking, bad scientific theories only need one repeatable experiment to contradict them and they quickly fall into disrepute. Apart from evolution, which hangs on only because the alternative (creation) is inadmissible in the minds of many secular thinkers, each of these theories has led to powerful technological breakthroughs and developments.

The cultural influence of these theories, however, has proven much more problematic. And that's where we should be paying more attention!

Here's the pattern I note: In each of these cases, the scientific theories were hijacked, and used to lead society away from God! Newton's mathematical description of gravity resulted in a widespread shift from a personal God, to an absent, impersonal God. Darwin's theory about the origin of species led to a shift away from a creator God. Einstein's theory of relativity, led society away from an absolute God, and an absolute standard of right and wrong. And now the work of Neils Bohr and the rest are leading us away from a real world God of love, and communication.

It's a powerful, big picture, progression. And it seems clear to me, the enemy is behind it. He's used every major scientific theory to steadily lead people further and further away from God!

And it's a huge challenge for us as believers, because reaching people requires us to understand their thinking. And society in general is being swept farther and farther away from the Gospel by these massive currents. It's time we learn to identify these patterns and seek new ways to reach a lost and dying world.

Perhaps this is what Paul referred to in his warning to Timothy:


We need a personal God. Nothing else will satisfy the soul. We need a creator God. Our hearts must be fashioned anew. We need an absolute God. Our inner moral compass is broken. And we need a loving, communicating God that reaches through to us. For there's noting in man that reaches out to Him.

This is the God we need to introduce to a world that has largely lost sight of Him...

What do you think of the strange connection between science and society? Can you see the enemy's had at work? What can we do as believers to help call people back to a true knowledge of God?