This month we're offering a brand new class, called Prophecy: Fact or Fiction. It's perfect for busy, thinking people--as it goes right to the point without pulling punches. For this week's memo I decided to share a bit of testimony and explain why prophecy is so important to me... 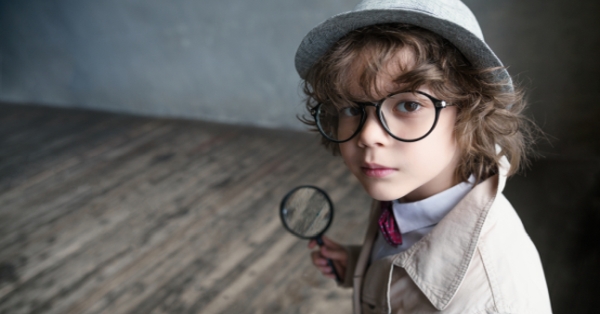 The Start of a Quest

I didn't have a lot of exposure to Christianity growing up. And it wasn't until I went off to college that I had my first real experience with young people who were serious about their faith. I became friends with a number of guys in my dorm unit who were part of one of the Christian student groups on campus. And I was rather astonished to observe the measure of raw commitment in their lives.

It got me thinking. While there had always been a kind of background exposure to Christianity, I had never taken it very seriously, and it had little or no impact on my life. But now I was confronted with young guys, my own age, who based everything they did on a book written some 2000 years prior. A book claiming its central character was God incarnate. And that He had come to this world to die in my place, to pay the wages for my sin. It all sounded so strange, but these friends clearly believed it.

Actually, they did more than just spark questions in my mind. They lived lives that were strangely magnetic. There was a joy that radiated out through their day to day trials, a kindness that governed their words and interactions, a peace that seemed to flow from a deeper sense of purpose. There was something about their lives that drew me in.

But I also had questions. There were a lot of other religions in the world after all. How could I know the Bible really was true. That all the supernatural stories it reported really did take place. Was there anything to set it apart from the sacred writings in all those other religious traditions?

What I was looking for, was hard evidence.

Obviously, I wasn't much of a detective or I would have found the proof I needed a whole lot quicker. But I distinctively remember asking some of these friends how they knew what they believed was true. And their answer was pretty much the same: the only real proof I have is what Jesus has done for me.

Now I would never want to minimize someone's personal experience, but this wasn't enough for me. It all sounded far too subjective, anecdotal, and circumstantial. I was sure I could find adherents in other religions with equally impressive testimonies of how their religion had changed their life. And so eventually I concluded, if they couldn't provide real evidence, that evidence must not exist.

And as a result, I ended up losing interest in Christianity, and proceeded to head down a fully secular, and spiritually bankrupt spiral for another year or two.

But praise God, He knows our hearts! And He never fails to spot an honest seeker and put some opportunity to discover truth in their path. That happened to me in a used book store, where I just "happened" to pick up a thick book on the life of Christ, called the Desire of Ages.

I was pretty much looking for answers in all the wrong places at this point, but something about the title caught my attention, and being an avid reader, I threw it in my basket along with all the other books I was getting, without looking at it too closely. And one day, when I was pretty much out of anything else to read, I picked it up and started into it.

It grabbed me from the start--but not for the reasons people typically give. The beautiful language. The deep insights into the words of Jesus. The careful harmonization of all four gospels. No, what grabbed me was the evidence.

You see, that book turned out to be a masterpiece of Bible prophecy. Virtually every page connected something Jesus did with some Old Testament prophecy. The types hidden in all the old Bible stories, the rituals of the ceremonial services, the explicit predictions about the life of the Messiah--it was all woven together in a powerful way.

The more I read, the more convinced I was that there had to be something to it. The idea some two dozen writers spread out over a thousand years could each predict striking details about a coming future Messiah, and then that all those predictions would be perfectly fulfilled in the life of one man--well that requires something out of the ordinary. Something supernatural. Something divine.


“The idea two dozen writers spanning centuries could all predict details about a coming Messiah, and then that all those predictions were perfectly fulfilled in one man--well that requires something out of the ordinary.”
Click to Tweet

The more I read, the more compelling the evidence became. Until finally it overwhelmed my defenses--and I found faith. Not blind faith. Not faith based on some emotional high, or happenstance, or background. No, it was a faith rooted in incontrovertible evidence. And in the many years since, that evidence has only grown stronger, and with it my assurance and conviction it has to be true.

Discovering the evidence of Bible prophecy proved a turning point in my life. The beginning of an amazing adventure. An adventure filled with even richer and more profound insights and discoveries. I have never looked back, or regretted taking that step of faith.


“The evidence of Bible prophecy proved a turning point in my life. The beginning of an amazing adventure.”
Click to Tweet

Others Are Still Seeking

My experience is not unique. The fact is, there are probably people in your life right now, wondering if there really is something to your faith. Individuals wavering in uncertainty and doubt: Is there really a God? Is the Bible really true? Can Jesus really make a difference in my life? Or is it all a bunch of hocus pocus and mumbo jumbo?

There are people still seeking today, looking wistfully to heaven for this kind of evidence. And thousands more who have given up all hope of finding it. Thousands heading down their own secular, and spiritually bankrupt spirals. Who will offer them the evidence they so desparately need?

Is your faith rooted in hard evidence? Or are your reasons more subjective, anecdotal, circumstantial? Do you feel equipped to share the prophetic evidence for Christ with others? How important is it to have an answer for our faith?