Given the holiday season, I thought it might be nice to repost this article from a couple years back. It actually raises a pretty profound question every believer should spend at least a few moments contemplating... 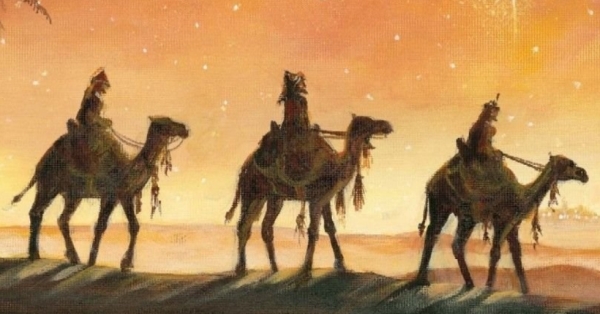 Some time back, I heard an excellent sermon worth passing on to our FAST community. Not only was it appropriate for the Christmas season, but it touched on one of the most curious incidents recorded in the Bible related to the birth of Jesus. I've contemplated the story many times myself. Here's the key passage:

Matthew 2:1-6
1 Now when Jesus was born in Bethlehem of Judaea in the days of Herod the king, behold, there came wise men from the east to Jerusalem, 2 Saying, Where is he that is born King of the Jews? for we have seen his star in the east, and are come to worship him. 3 When Herod the king had heard these things, he was troubled, and all Jerusalem with him. 4 And when he had gathered all the chief priests and scribes of the people together, he demanded of them where Christ should be born. 5 And they said unto him, In Bethlehem of Judaea: for thus it is written by the prophet, 6 And thou Bethlehem, in the land of Juda, art not the least among the princes of Juda: for out of thee shall come a Governor, that shall rule my people Israel.

If you read the story carefully, you will notice there are three main nationalities represented.

First, you have the Wise Men from the East. Most likely they were from the region of Babylon, who were famous in the ancient world for their study of the stars. It's not clear exactly what they observed, or how they knew it foretold the birth of a Jewish King. But most likely they saw some evidence of the angelic choir that came to herald the birth of Jesus. And quite likely they were familiar with Balaam's prophecy of Numbers 24:17I shall see him, but not now: I shall behold him, but not nigh: there shall come a Star out of Jacob, and a Sceptre shall rise out of Israel, and shall smite the corners of Moab, and destroy all the children of Sheth.. Connecting the two things prompted them to make their long Journey.

Second, you have the Romans, far to the West. Herod was a puppet king installed by the government of Rome, who with his legions of Roman soldiers, had been tasked with governing the province. This cruel and despotic king may not have been a stargazer, but he was alert to political whisperings about a potential rival to the throne, and quickly gathered information and implemented a plan to safeguard his throne. That plan ultimately involved sending Roman soldiers to Bethlehem to kill every male child under the age of two.

And last, you have the Jews themselves. This included both the common people who witnessed the arrival of those curious Wise Men, and the priests who were invited to come answer Herod's questions. The priests, in particular, knew the Scriptures well, and had spent their whole lives preparing for the coming of the Messiah. For centuries the Jewish nation had eagerly anticipated the event, and it had finally come.

The Babylonians had little more to go on than some strange sighting in the stars, an arcane prophecy, and a bit of speculation--but it was enough to get them there.

The Romans had little more then political whisperings and an old cryptic scroll, plus a bit of personal ambition--but it was enough to get them there too.

According to Google, it is only six miles from Jerusalem to Bethlehem. You could walk that distance in a couple hours, and if you were in decent shape, could make it back home in a single day. It would be easy on a horse, or chariot. The greatest event in the history of the world had happened just six miles down the road--and they had no desire to learn more.

It was the exact event the Jewish nation had been raised up to proclaim--and they couldn't be bothered to check it out for themselves.

The Bible doesn't give us the exact reason. But it's quite possible they had become comfortable in their knowledge of the Scriptures. Their religious identity. Their spiritual status. They had become complacent. And as a result, they missed out on an amazing opportunity to welcome Jesus into the world.

As we head into the New Year, we need to be careful to not make the same mistake. To be comfortable. To be complacent. To miss out on opportunities to find Jesus. Or find Him more fully. Rather, we should determine to press forward in our walk with God. We should determine to climb higher! To do all we can to live our lives for God!

Why do you think the Jewish leaders failed to go to Bethlehem, when the Babylonians and Romans both went? What keeps us from seeking Jesus today? Share your thoughts in the comments below...