This post, renamed and updated from a previous post, takes an in-depth look at the New Testament strategy for disciple-making through two parables Jesus taught on gardening. As you read, take a moment to evaluate where you are in the process of spiritual growth... 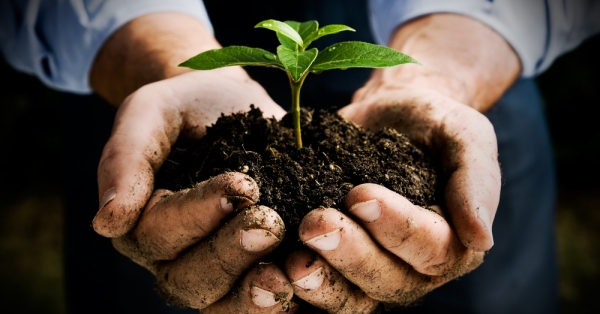 For decades, FAST has built its strategy for training on a simple three step process: teaching believers how to take in, live out, and pass on God's Word. These three steps correspond to the basic stages of growth emphasized in the New Testament by the apostle Paul and other writers in various places:

They also correspond to the steps followed by the believers at Thessalonica. In his first letter to them, Paul reminded them how they first "received" the Word (I Thessalonians 1:6And ye became followers of us, and of the Lord, having received the word in much affliction, with joy of the Holy Ghost.), then began "modeling" it (I Thessalonians 1:7So that ye were ensamples to all that believe in Macedonia and Achaia.), and finally were "sharing" it throughout the entire region (I Thessalonians 1:8For from you sounded out the word of the Lord not only in Macedonia and Achaia, but also in every place your faith to God-ward is spread abroad; so that we need not to speak any thing.).


“FAST has built its strategy for training on a simple three step process: teaching believers how to take in, live out, and pass on God's Word.”
Click to Tweet

Over the years I've shared this biblical process for making disciples in hundreds of churches, with thousands of people, around the world.

But have you ever wondered where the New Testament leaders got this strategy?

A Grain of Corn

Most of the teachings of Jesus took place in the form of parables. Many times these parables do not come with much commentary, but it is evident Jesus would often meet with His disciples privately to explain their meeting (See Mark 4:10-1110 And when he was alone, they that were about him with the twelve asked of him the parable. 11 And he said unto them, Unto you it is given to know the mystery of the kingdom of God: but unto them that are without, all these things are done in parables:). If only we could have had more of those explanations recorded!

In one of those situations, a parable is recorded involving a grain of corn:

Mark 4:26-29
26 And he said, So is the kingdom of God, as if a man should cast seed into the ground; 27 And should sleep, and rise night and day, and the seed should spring and grow up, he knoweth not how. 28 For the earth bringeth forth fruit of herself; first the blade, then the ear, after that the full corn in the ear. 29 But when the fruit is brought forth, immediately he putteth in the sickle, because the harvest is come.

Notice the three stages again: first 1) the blade, then 2) the ear, and finally 3) the full corn in the ear. I can just hear Jesus explaining the meaning of these different stages.

When the Word of God is first received into our heart, and creates that miraculous new birth we call conversion--it's like the germination of a seed. The blade pops up and begins to grow.

At some point it reaches a good height and something miraculous takes place: little ears of corn start to form, and tassles appear to make pollination of the corn possible.

And last, when everything is ready, the actual grains of corn ripen in the ear. The initial seed reproduces itself. It multiplies, and fulfills its purpose.

These three stages correspond exactly to God's plan for every believer. The Word of God comes into the heart--producing conversion. A spiritual babe is born. As he matures, the intimacy of his devotional time, creates a spiritual pollination. The disciple becomes fitted spiritually for service. And ultimately, the Word spreads to others, and the process begins anew. The believer becomes a multiplying worker.

Another parable in that same chapter also illustrates these stages: the parable of the sower. When studying this parable, we tend to focus on the obstacles to growth in each kind of soil. But if you think about the growth of the plant in each soil, you will realize Jesus is teaching the exact same lesson:

Seed in the wayside soil never germinates, never becomes that blade of grass--because the seed is not received into the ground. Birds come and snatch it away.

Seed in the stony ground soil never reaches a mature height because there is no depth of discipleship. The word is not allowed to penetrate into the life. The blade appears, but no more.

Seed in the thorn-filled soil never bears fruit, because the commitment to multiplication is crowded out by other commitments. There's growth, but no fruit. It reaches full height, but fails to reproduce.

But the seed that falls on good soil fulfills its purpose. It germinates, grows to full size, and then reproduces "some thirty, and some sixty, and some an hundred" (Mark 4:3-83 Hearken; Behold, there went out a sower to sow: 4 And it came to pass, as he sowed, some fell by the way side, and the fowls of the air came and devoured it up. 5 And some fell on stony ground, where it had not much earth; and immediately it sprang up, because it had no depth of earth: 6 But when the sun was up, it was scorched; and because it had no root, it withered away. 7 And some fell among thorns, and the thorns grew up, and choked it, and it yielded no fruit. 8 And other fell on good ground, and did yield fruit that sprang up and increased; and brought forth, some thirty, and some sixty, and some an hundred.). It successfully multiplies.

Clearly, this parable is describing the exact same process!

No doubt the disciples understood the meaning of these parables well, after countless long talks with Jesus. And in turn, they built a system of discipleship designed to overcome these exact three obstacles. They taught every believer how to take in, live out, and pass on the Word of God.

Time has not changed the process of spiritual growth. Every believer who wishes to fulfil their purpose in life must follow these exact same steps. We must learn to take in Scripture, live it out, and pass it on.

At FAST, we've built all our tools and training on this process. It's the roadmap we've been following for two decades. We seek to help people memorize Scripture effectively, maximize their personal discipleship, and then give them tools for consistent ministry.


“FAST seeks to help people memorize Scripture, maximize their discipleship, and then gives them tools for ministry.”
Click to Tweet

It's the core of everything we do.

And you now know the biblical framework behind it.

Take a moment to evaluate your own life. Where are you on your roadmap? What specific things can you do to move forward in your growth process? What tools and training would most help you grow?

At FAST, we are more determined than ever to disciple men and women. Time is short. The need for reproducing workers is urgent. Won't you come be a part?

Do these these three steps make sense to you? If so, which step would you say describes your stage of life? Is it possible to skip stages? What obstacles hinder you in your growth? Leave a note in the comments below...