Note: The following article is adapted from my book The Moral Machinery. This book uses the sanctuary as a model to shed light on how the human mind works. The faculty of faith is one of four spiritual faculties described in the chapter entitled "Life in the Spirit". Copies can be obtained in our Online Store. 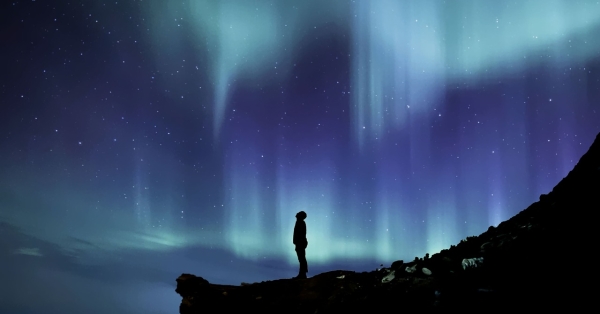 Consistently faith is described as a function of the heart. In fact, it has to be from the heart to be genuine. Intellectual assent to truth (the mind) is important, but unless truth is received into the heart, by faith—it does not change the life:

Romans 10:9-10
9 That if thou shalt confess with thy mouth the Lord Jesus, and shalt believe in thine heart that God hath raised him from the dead, thou shalt be saved. 10 For with the heart man believeth unto righteousness; and with the mouth confession is made unto salvation.

Because imagination is a spiritual faculty, it is closely connected to the heart. That is, where the imagination focuses has a direct impact on the character. When a person uses his imagination, for example, to "lust after" a woman, the Bible says, he "hath committed adultery with her already in his heart" (Matthew 5:28But I say unto you, That whosoever looketh on a woman to lust after her hath committed adultery with her already in his heart.). One does not need to commit the act to have a record of the act imprinted in the heart. He only needs to exercise the imagination. This is one reason popular entertainment is so dangerous. By watching sensuality, violence, and other forms of immorality repeatedly, it begins to impress itself on the character, without us ever having to do a single thing. We are being subtly reprogrammed. The enemy understands this principle well, and marshals the most brilliant minds possible to entice our youth into watching countless hours of video, reading fictional novels, playing computer games, and the like. His goal is direct access to the character. Through the imagination, he can bypass all the natural defenses of the mind: the reason, the emotions, and the will. We are being transformed by simply participating vicariously.

But if imagination is the wrong use of this faculty, it at least sheds some light on the right use of it. That is, it helps us to understand how faith can mold our character in the right direction. By consistently focusing the power of faith on the conceptualization of spiritual truths, those truths can be internalized, imprinted into the tables of the heart. Stumbling on to the following statement, was a turning point for me in my understanding of faith:

As your soul yearns after God, you will find more and still more of the unsearchable riches of His grace. As you contemplate these riches, you will come into possession of them. God's Amazing Grace, p. 187

We must learn to study the Scriptures with the heart. To fully engage what we read by faith. To enter into the experience of the passage. The words must move us. Grasp the realities of it. Use the imagination to embrace every scene. Lay hold of spiritual truth until it burns within the heart. The word of God must be a living breathing book if it is to impact the life.

We are not talking about things theologians "figure out." Paul said, it was "by revelation [God] made known unto me . . . the mystery of Christ" (Ephesians 3:3,5How that by revelation he made known unto me the mystery; (as I wrote afore in few words, . . . Which in other ages was not made known unto the sons of men, as it is now revealed unto his holy apostles and prophets by the Spirit;). God illuminates the heart with the light of His own glory. It is the working of His Spirit in our heart. These are truths that must be grasped spiritually. There is no other way to truly embrace them. They must be received by faith.

Just as the two cherubim on either side gaze endlessly into the mystery of the visible presence of God, so we too must learn to turn the eyes of faith toward Christ. By beholding we will become changed. We will be transformed into the same image. In contemplation of such a mystery, what worldly entertainment compares? All else pales in the light of His glory and grace. Lord, grant us faith!

How important is it to conceptualize spiritual truths with our mind? How can we cultivate and develop this power? Why is faith essential to Bible study? How does it bring Bible study to life?